A New App, A New Name 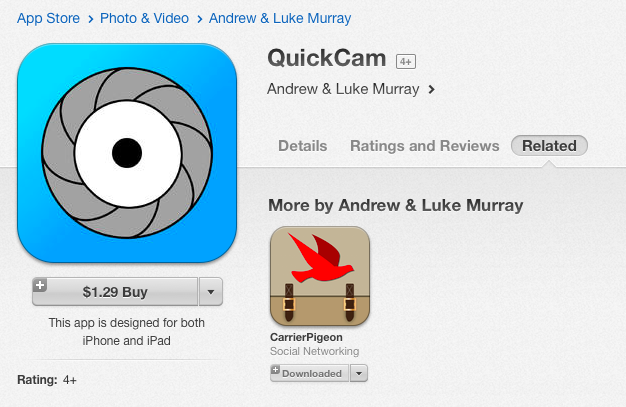 Most of the time, Radartech is just myself, Andrew Murray. However, for some projects, other people are also interested in helping the software succeed. Lantern has a small team of beta testers. The CarrierPigeon logo was contributed by another person. And some time ago, I decided to venture into the world of paid iOS apps.

Luke Murray, my brother, was also interested in this, and so, joining forces, Andrew & Luke Murray have now released QuickCam, an app that aims to let you take photos or videos as simply as possible, and CarrierPigeon also now released under the new name.

We will wait and see how well this fares, but I definitely feel like it’s been a journey just getting to this point.