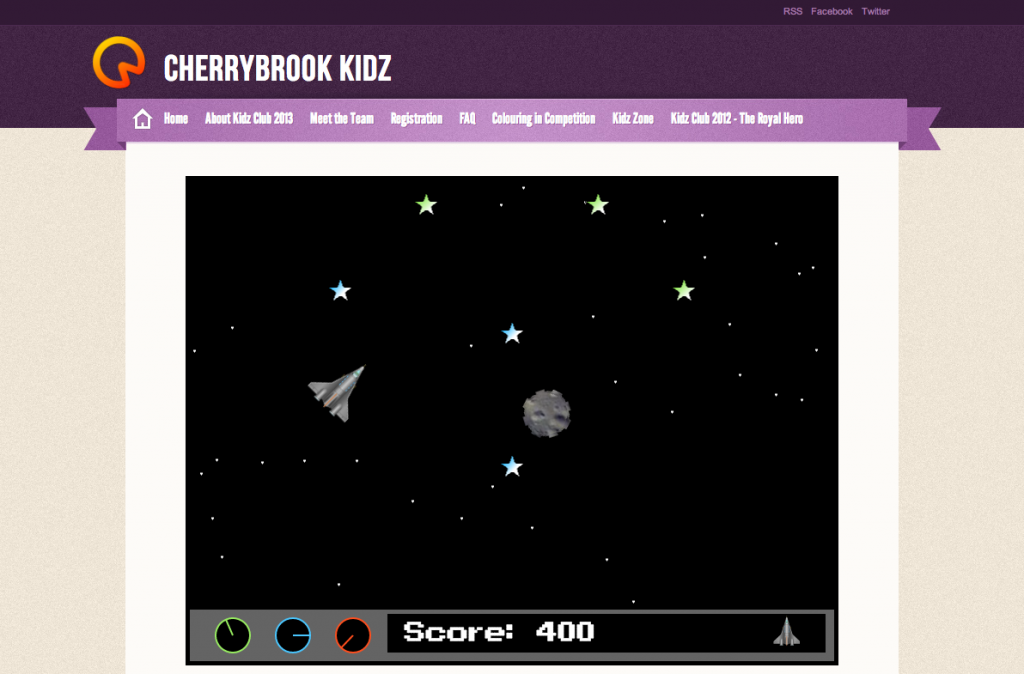 Cherrybrook Kidz is a holiday children’s program that already had a site they were happy with. What they wanted was a way to engage their audience with an online space game. So we created an HTML5 game for them, packaged as a Drupal plugin.

If you’re interested in this project, we have released the code on Github.

‘Artburst’ is a good name for this small design company, since from their inception they never stopped having ideas. Every six months, a project would begin to revamp their site, and each time, Radartech has helped them out. The company has since rebranded themselves completely, but it is still worthy of a mention.

All websites are planned, but some are planned more openly than others. For Anna’s 21st, Radartech was given the task of creating a website as a surprise gift.

annagrummitt.org was set up to include a brief personal history, a video showing photos taken throughout Anna’s life, and most important of all, a space for her friends to connect to her.

Leading up to the event, each person who visited the site was able to leave a birthday message, and a photo if they so desired. These entries were put into a collection for Anna, creating a lasting digital memory of her coming of age. 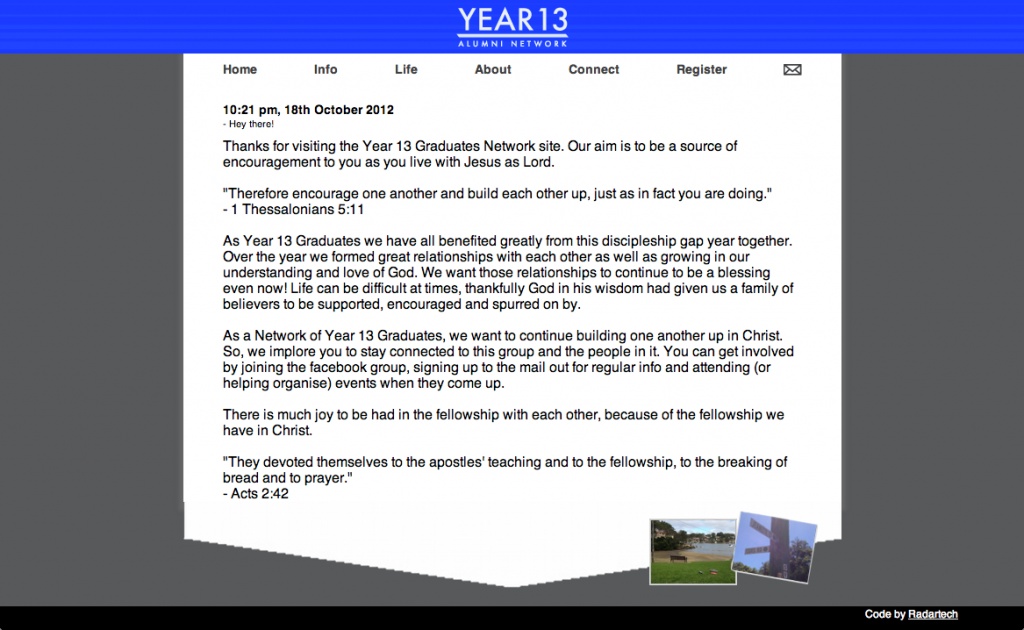 The Year 13 Graduates Network are graduates from the Year 13 Youthworks program who seek to help existing students.

Radartech helped to create their site and content from the early stages, meeting and discussing what the site should be. A WordPress theme was customised, and a plugin was created to allow e-mail list registration.

Although they have since decided to use a standard theme instead, Radartech has continued to help them out in moments of crisis and redesign.